Stories and links about Staten Island – its unusual histories and uniqueness – plus articles on creative ways to present culture and its impact on our communities.

Culturbia is proud to have made it to the Semi-Finalist stage for the 2020 Creative Capital awards. While we didn’t become Finalists, we are happy to be on the radar for this experiment in cultural organizing for having the potential to make a big impact on the ability of local creators and audiences to better connect with each other and foster opportunities.

We spent the summer taking advantage of the warm weather by tabling at local events to begin to get people signed up for the Culturbia network. Next up is to update the website with all these interesting local Staten Island artists and share the word about events and opportunities. 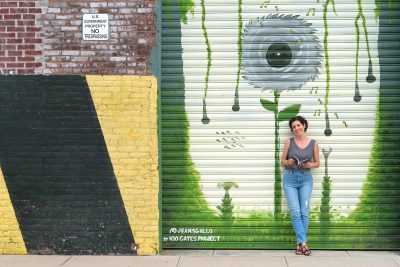 A Brooklyn Book Fest event on Staten Island with support from Makerpark Radio. 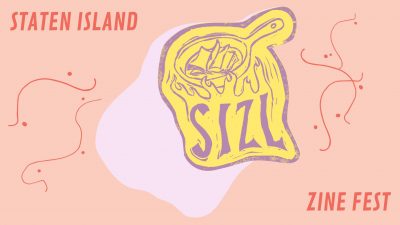 And Culturbia will be there!

In addition to sharing information about the Culturbia project and signing all zine-lovers up to join, we will also have a template for a DIY pamphlet. Learn to make an 8-page, mini pamphlet from a single sheet of paper. It’s like a magic trick.

Culturbia goes to the County Fair 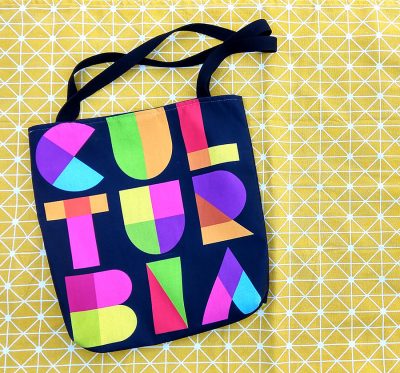 Culturbia will participate in the brand new Culture Crawl portion of the 2019 Richmond County Fair, held at Historic Richmondtown in Staten Island.

Come learn more, sign yourself up, and share any of your upcoming cultural events with us! Plus there will be some very nice tote bags for sale, and buttons and stickers for all who join.

“Culture is the soil in which we plant our dreams and cultivate our meaning.

Numbers alone may move businesses and markets to act, but culture is the operating system that guides a community. More than almost anything else, culture shapes our notions of wellbeing. Wellbeing includes objective health measures, like blood pressure and rates of disease. But more importantly, it also encompasses subjective measures, like feelings of hope, trust, and belonging.”

History and Culture Working Together 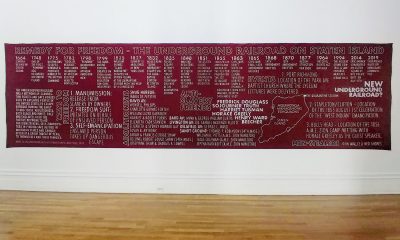 The Underground Railroad has a fascinating background on Staten Island, and the historian Debbie-Ann Paige worked with visual artist Sasha Huber to help compile this visual work depicting its key events and figures. The piece is currently on view at the Newhouse Center for Contemporary Art as part of the installation “Healing Garden.” The text-based piece is a prime example on how culture and history can work together to give a deeper understanding of place and foster pride in being a part of larger history.

Click on the image to see a video on NY1 about this insightful work of art and history. 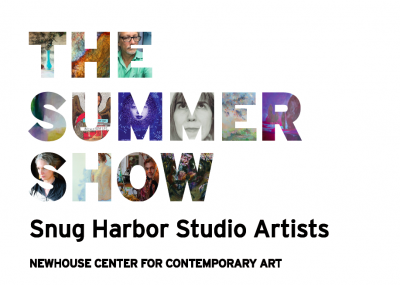 Some of the only “traditional” artist studio buildings found on Staten Island are located on the Snug Harbor Cultural Center campus. Building H has studios primarily for visual artists, and Building F has studios for musicians. Artists have had studios on the grounds since the 1970s, and some of the current artists are from the founding group to set up shop there.

On July 13, 2019, the Newhouse Center for Contemporary Art hosts an opening reception for “The Summer Show” – a group exhibition of many of the visual artists who currently work in Snug Harbor studios. The show will be up July 13 – September 29, 2019 with an artist talk on Sunday, September 22nd. 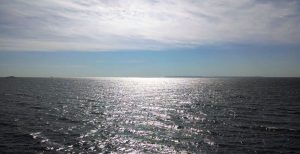 In 1843, Ralph Waldo Emerson secured his friend, the 25-year old Henry David Thoreau, a tutoring position for his brother’s children on Staten Island.

“Thoreau was particularly struck by the beauty of the island’s many giant tulip trees, which were not found in New England. He also had the luck to encounter the 17-year locusts, whose appearance and sounds he vividly described in a letter home to his mother.”

He also delights in the surprise vistas, unique to Staten Island still to this day: “When walking in the interior there, in the midst of rural scenery,  …  I have suddenly, through a gap, a cleft, or a ‘clove road’ as the Dutch settlers called it, caught sight of a ship under full sail, over a field of corn, twenty or thirty miles at sea.”

“Each home is allotted books pertaining to one genre and identified with street signs and wall paintings.”

– The Times of India, by Swatee Kher

An interview with Wu-Tang’s RZA

on the Mysterious Land of Shaolin: Staten Island

“One thing about Staten Island that was different from Brooklyn was the ability to walk from one neighborhood to another, to actually have a break from project life. … I saw what we’d consider mansions then, big homes. And I think seeing another side of life, that wasn’t ghetto life — I think there was something healthy about that.” 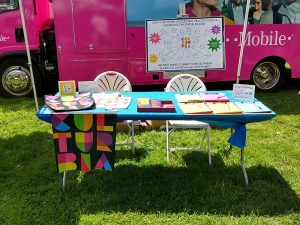 Culturbia will participate as a vendor at the Staten Island Pride Festival held at Snug Harbor Cultural Center on May 18th, 12-5pm.

In addition to selling fun — and colorful! — products that will help support the project, we will be sharing more information on the project and how you can be involved. Culturbia’s success is all about getting as many people to our proverbial table as possible. Hope you can make it 🙂

Come make your voice heard and participate in this exciting new way to activate culture on Staten Island!

Did you know Louise Bourgeois bought a house on Staten Island?

Originally intended for her son, who never lived there, she treated the house as a sculptural environment and named it “Maison Vide.” It is still owned by her foundation.

A single-edition drypoint sketch she made of her property, titled “Mud Land” c. 1989, is in the collection of MoMA.